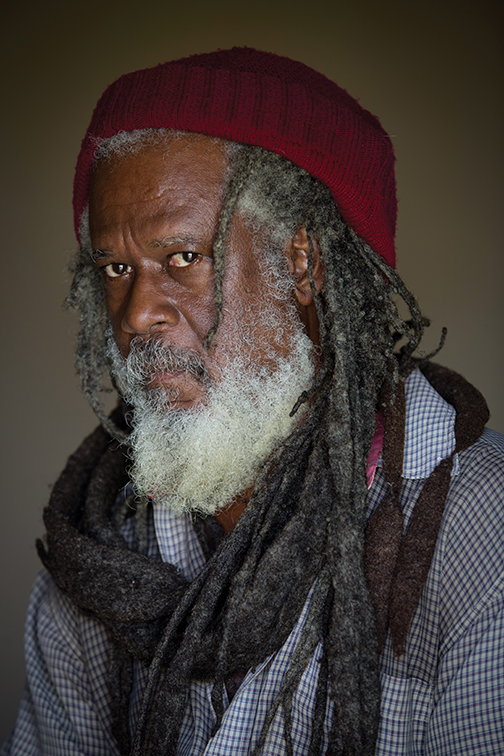 Growing up I vividly remember there was a commercial on TV about an art exhibition at the Queens Park Gallery. It featured a dramatic voice saying, ‘VEX! Ras Ishi and Ras Aykem are VEX!’ For some reason this commercial always made me smile. I couldn’t understand the need for the over-the-top rendition and I definitely never understood why these two artists were so upset.

Over twenty years after I last heard that commercial the universe has given me a chance to solve one of my personal mysteries. In his studio in Sealy Hall, St. John I sit down with the legendary Ras Ishi Butcher. My first question of course is, “Why were you VEX?” Sitting stoically in the corner with the afternoon sun gleaming through the window on his silver dreadlocks he strokes his beard and laughs. “We were young and we had a lot to say then.”

Ras Ishi Butcher was born in 1965 and grew up in St. John.  At primary school he remembers doing drawing and painting and being enthralled by it. This connection grew into the passion that would transform him into one of the icons of the Barbadian art world today.

“I don’t know if you would call me an artist then or even now,” he says humbly. “I was doing art before I was a Rastaman although I fells that I had the spirit of the Rastaman from birth.  When I became a Rastafarian it helped me to develop my art.” After leaving school he found it hard to find a job.  It was this period that really lead to his artistic and spiritual development. With no work he had plenty of time to practice. From his appetite for reading he learned about his African heritage and about art. His newfound knowledge gave him a voice and a point of view that he expressed through his creations.

When looking at his body of work over the years the common thread is his imagination. There is no particular subject matter that is prevalent throughout as he decides first on an idea or concept he wants to work on and then creates a series of works around it. His influences come from everywhere – things he hears, sees, smells, reads or just imagines. From concept to execution his process is organic, personal and deeply spiritual.

Over the years his work has ended up in galleries and private collections around the world. “I can’t stop painting,” he says almost apologetically. The massive collection of pieces in his tight workspace attests to that. Some small, some big, some finished and some forever works in progress. He is a prolific creator. From the time he wakes up each day he finds his joy when creating art. Now most of his works are large canvasses usually over 5 ft. tall and wide. Regarding his creative process he states he does a lot of sketching in his sketchbooks and even some digitally. These initial works act as references but things can change dramatically by the time the piece is finished. 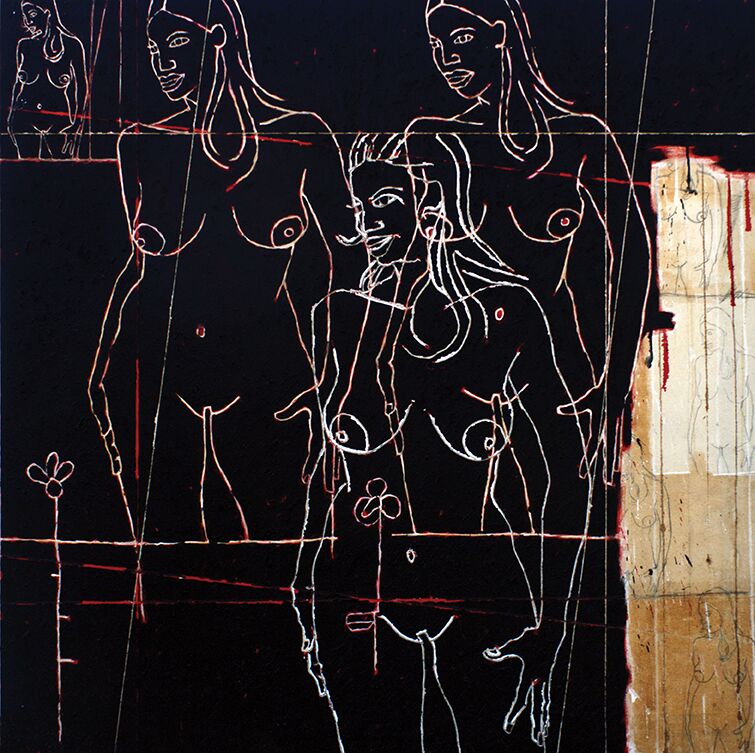 When not being the Ras Ishi known to the art community he pulls himself away to explore new things. “I like playing with plants, I am trying to create a garden like my art…but I am not sure how successful I am at doing it,” he says with a smile.

I ask him what he would say is his greatest accomplishment as an artist and without hesitation he simply says, “The fact that everyday I wake up and I can work!” In the next few months Ras Ishi Butcher will release new work in two exhibitions: Sexual Encounters and Dregs of the Earth, which he has been working on for the past eight and two years respectfully. As I get a sneak peak at the large pieces, the complexity in the execution and storytelling is vintage Ishi. There is mixed media and layering of colours, textures and subject matter as well. The depth of his newest collection is striking but one thing is certain, Ras Ishi is not vex anymore.