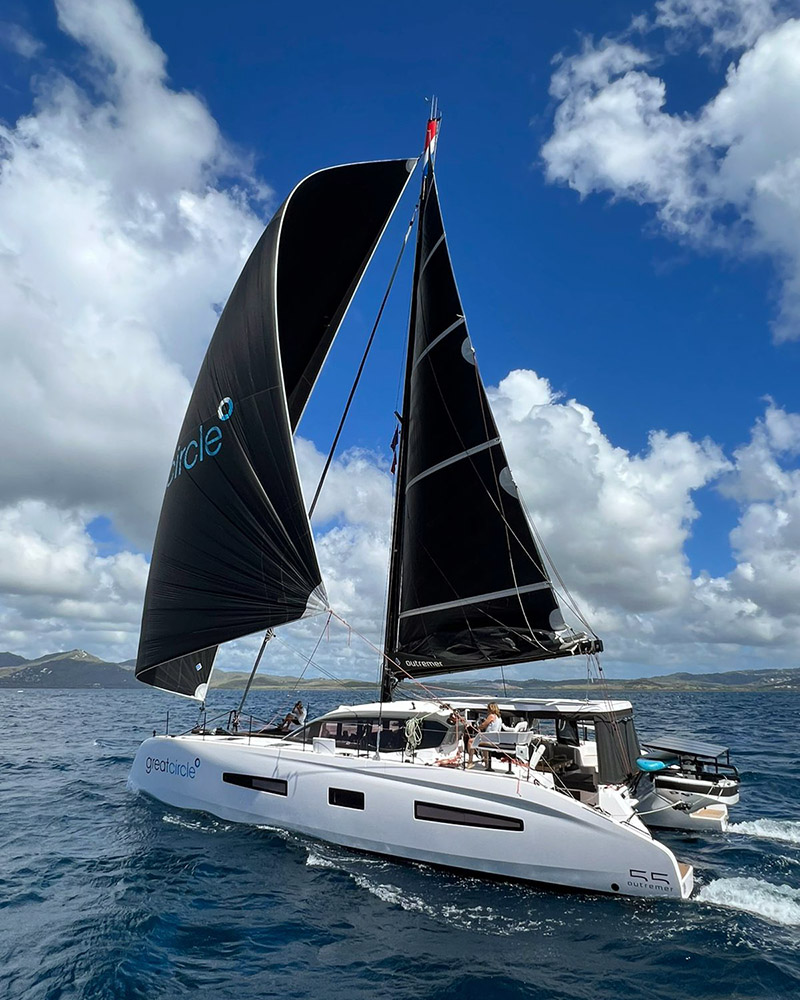 Tropical beaches, snorkelling, and Mount Gay rum: these have been novelty pleasures for a fleet of 21 boats docking in Barbados as part of a 3-year rally.

Organised by blue water sailing group Grand Large Yachting and famous sailor Jimmy Cornell – sponsor and initiator of the event – a fleet of 30 boats from 13 nationalities set out to complete a three year round-the-world rally that commemorates the 500th anniversary of the first-ever global voyage by Ferdinand Magellan and Juan Sebastian Elcano.

One by one, the boats trickled into Carlisle Bay in December after the official departure from Tenerife on 20 November – an almost 3000 mile-voyage – with most of the crews making the Atlantic crossing for the first time. The boats docked into the shallow draft in the Bridgetown port to complete formalities with customs, immigration and health before heading back out in Carlisle Bay to stay at anchor.

Thanks to the organisation of the Grand Large Yachting team and Barbados’ local authorities, the crews received a truly Caribbean welcome: A fruit basket and a bottle of rum, courtesy of Mount Gay Distilleries, as well as a welcome pack offered by Barbados Tourism Marketing Inc (BTMI). 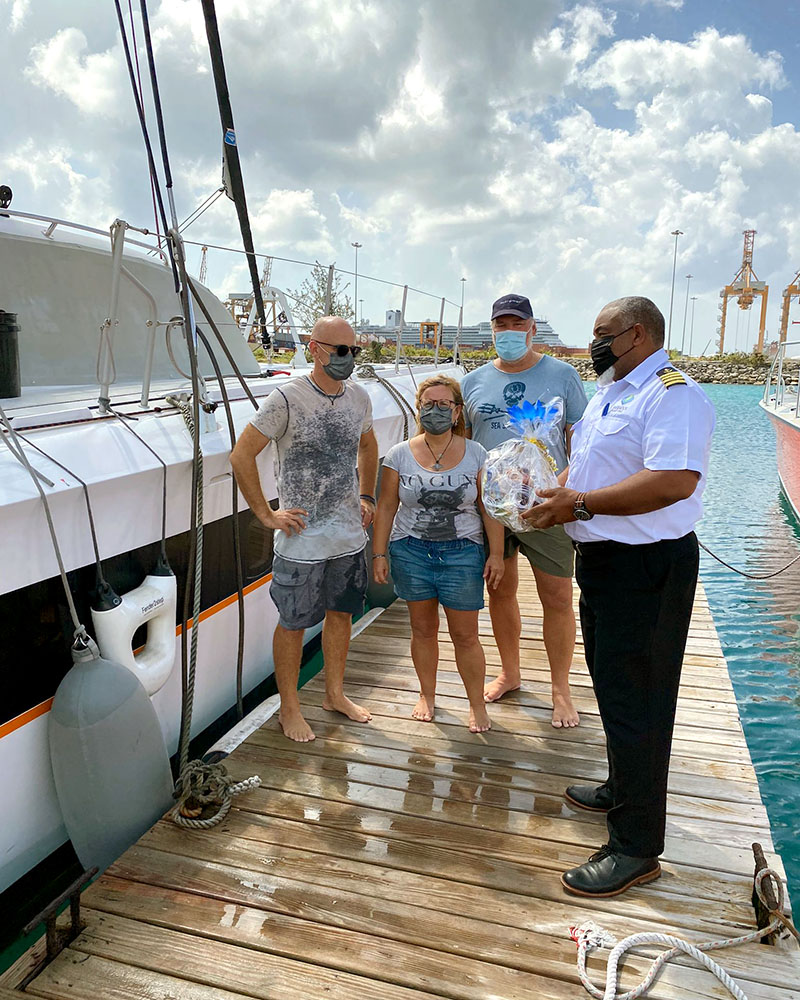 During their stay the crews would go ashore and use the facilities of the Barbados Yacht Club, who kindly offered them one-week’s free membership subscription. Trips included visiting the only in-tact sugar mill in Barbados, as well as the Caribbean’s oldest rum distillery at Mount Gay in Lucy.

Between rum, hiking and experiencing the vibrant Bajan culture, crews enjoyed snorkelling on one of the Caribbean’s most beautiful coasts.

Victor Taburiaux, Grand Large Yachting event manager, said, “the Barbados local authorities really went over and above to welcome us all, and I am particularly grateful for marine engineers Steve and Andy Porter, who helped me prepare for the arrival of the fleet in close relation with the help and support of the BTMI and Barbados Port Inc authorities, with a special call-out to Barbados Port Director Mr. Ian Steward, and Stewart and Collin Williams from BTMI.

Obviously Covid has added a challenging element to logistics, and it was amazing to have the team of officers and nurses who made the arrival process very smooth for all the boats, as well as Bayview Laboratories who provided the PCR tests upon arrival.”

Audrey Mie Skinner, who is sailing on Splendid C’s, an Outremer 51, along with her husband Charles said, “after pounding across 2,900 miles, we were so happy to be met by Victor and rum. Many thanks to Victor and Grand Large Yachting for facilitating our entry to Barbados. The Splendid Cs are lucky to have a great Outremer boat and a great crew, as is probably the case for the rest of the fleet”. 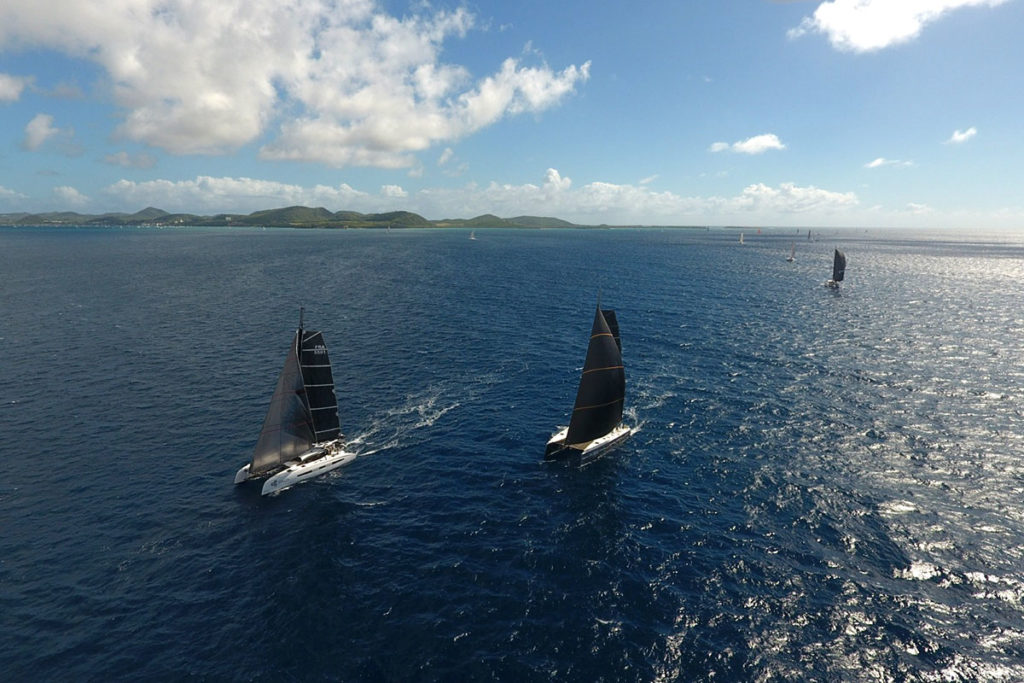 “We are very proud to have a mix of all our boats represented in the fleet, mainly made up of Outremers, including three brand new Outremer 55s, which has just been elected European Boat of the Year in the blue water cruising category,” said Victor.

All the participating crews are sailing on boats from the Grand Large Yachting group, including Allures, Garcia, RM, Gunboat and Outremer, going from 40ft (with the Allures 40,9 being the smallest boat of the fleet) up to 62ft (Gunboat 62 representing the biggest boat of the fleet).

As this is being written the boats have set off from le Marin, Martinique and heading for Panama, with most sailing south and stopping at more idyllic Caribbean islands including Bonaire, Aruba, Curacao, Santa Marta, Cartagena Colombia and the San Blas Islands before gathering in Shelter Bay on the 23rd of February. With two boats joining the group there, the fleet will then make their next journey through the Panama Canal.

To allow sailors of different levels of experience to participate, Jimmy and the Grand Large Yachting team have carefully designed the itinerary with 2 routes: A tropical route that follows the traditional trade/ easterly winds through the Panama Canal, and a southern route truer to the original voyage via Patagonia. These two routes will meet in Tahiti, from where the whole fleet will sail together for the rest of the rally.

True to Grand Large Yachting’s ethos, the duration of the trip over 3 years will allow for a leisurely pace conducive to discovering the sites and local cultures during     multiple stop-overs in some of the world’s most beautiful places.

Great Circle has also made a great video of their stay in Barbados, which you can see here 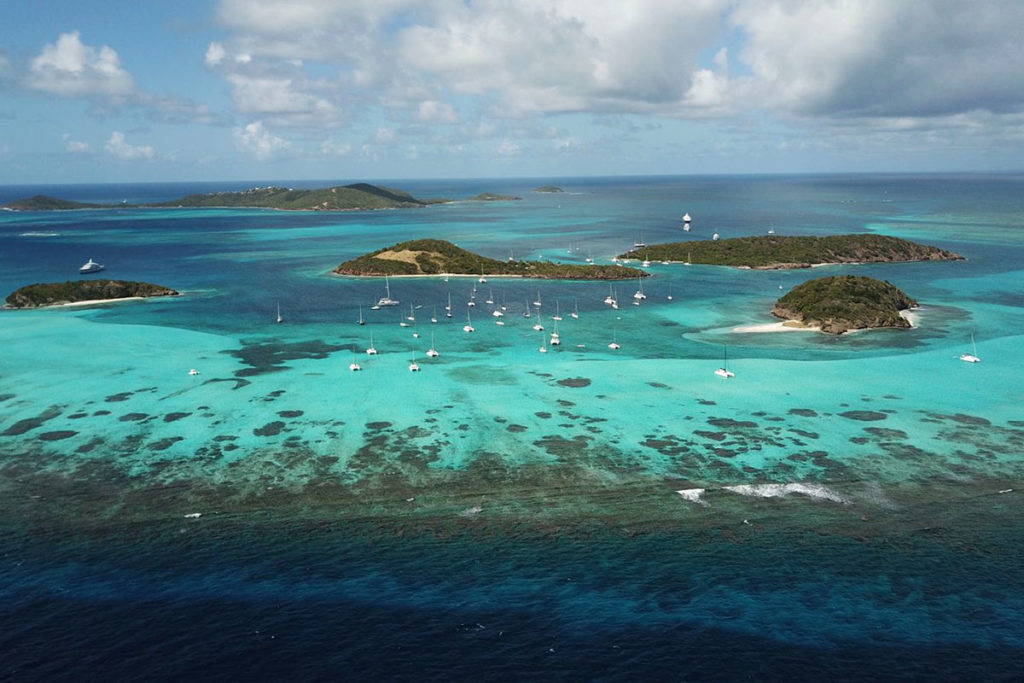 Initiated by the famous sailor Jimmy Cornell, the Grand Large Yachting World Odyssey 500 is an exclusive rally, reserved primarily for owners of Grand Large Yachting brands, including Outremer, Garcia, Allures, RM and Gunboat yachts. Scheduled between September 2021 and April 2024, this event has been recognised by the Spanish Quincentenary Commission as an official event to celebrate the anniversary of the first circumnavigation of the globe by Ferdinand Magellan and Juan Sebastian Elcano between 1519 and 1522.

It is this landmark anniversary that inspired Grand Large Yachting to organise its first ever event, and give blue water sailing enthusiasts the opportunity to stand on the shoulders of giants and make their own history by following the legendary explorers’ expedition. The project has attracted participants from all over the world, including Canada, the USA, Brazil and Australia as well as several European countries.

“Our mission as a company is to enable everyone, experienced sailor or not, to realise their dream of blue water sailing while respecting the oceans and providing them with security, serenity and support at every stage of the project. We are thrilled to be able to make this real by giving our sailors the opportunity to travel around the globe with the support of a group which provides not just a boat, but also the training and services to help ensure a safe and memorable experience.

What makes this really special is that, as part of the official events commemorating the 500th anniversary of the first circumnavigation, we are connecting like-minded people who will share together the experience of a lifetime. We cannot wait to embark on this fantastic journey with everyone involved,” says Xavier Demarest, co-founder of Grand Large Yachting.

Founded in 2003, Grand Large Yachting Group comprises five shipyards – Outremer, Allures, Garcia, RM and Gunboat – and two service companies. The group is the international leader in the blue water sailing market, and is notably recognized for its production of reliable and seaworthy catamarans and monohulls.

All About The Pepper: Old Duppy Pepper Sauces