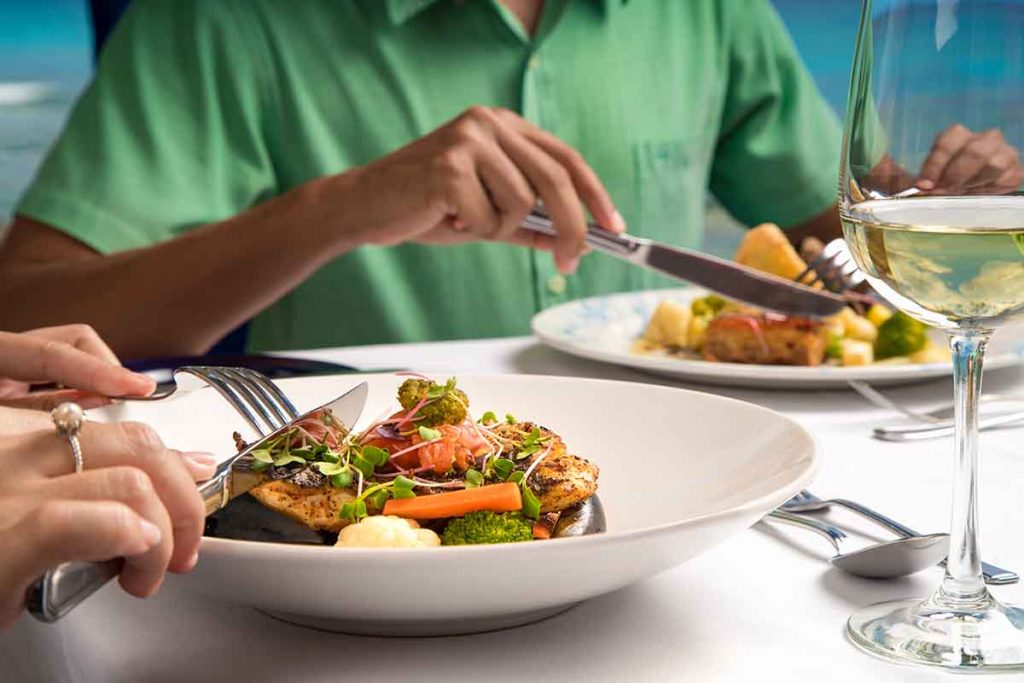 Appropriately launched on International Rum Day, this year’s Festival, which runs from October 18 to 21, will see some changes as the BTMI looks to further refine and develop the nine-year-old series for the long haul. BTMI CEO, William ‘Billy’ Griffith, said that the changes come as the organisation continues to “deliver a product that both satisfies the appetite of our audience, while perfecting those unique selling points for which destination Barbados is known and loved.”

The first of two major changes the CEO announced was the shift from the usual November dates, to October. Griffith said the decision was made based on feedback from local stakeholders, who requested that the BTMI assist in driving business to the island during this slightly softer period.

“But we didn’t just change the date, we met with restaurateurs, chefs, mixologists and even event promoters with the idea of expanding the Barbados Food and Rum Festival from just four days to a month-long experience,” he said.

The month of festivities will include food truck crawls, restaurant specials, and bar pop-ups spread across October. 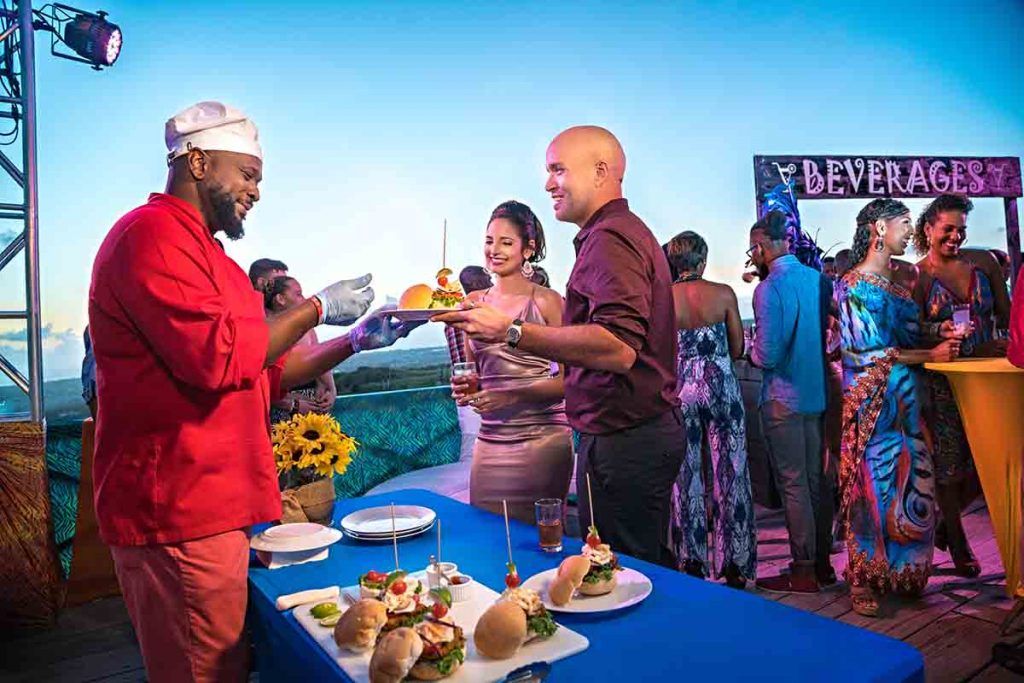 The second change announced was the move away from the model that saw multiple international chefs flown in for the Festival, to one that maximises the exposure of the plethora of local culinary talent. “We have seen our local talent grow exponentially over the past nine years of the Festival. We now have a pool of award-winning chefs and mixologists that cannot be contained to our previous model… That’s why, beginning this year, we will be further elevating and capitalising on the wealth of talent we have in our island,” Griffith added.

Instead, the BTMI has engaged Michelin-star chef Tom Aikens from the U.K., to be an ambassador for this year’s Festival. Tom was one of the three international chefs featured during the 2017 Festival at the Tides restaurant. A celebrity chef and the owner of four successful restaurants across the U.K., he has authored several cookbooks, and has a large social media following. In his role as ambassador, he will be using his status to officially endorse the Festival; encouraging his customers, readers, fans, and more, to journey with him to Barbados to experience the unique festival of flavour.

Among the featured chefs for 2018 are Barbados’ own Damian Leach, Taste of the Caribbean Chef of the Year 2018; Craig Greenidge, Owner and Executive Chef of CM Catering; Michael Harrison, Executive Chef of Camelot restaurant at Cobbler’s Cove; and pastry guru Javon Cummins of Tapestry restaurant, to name a few. 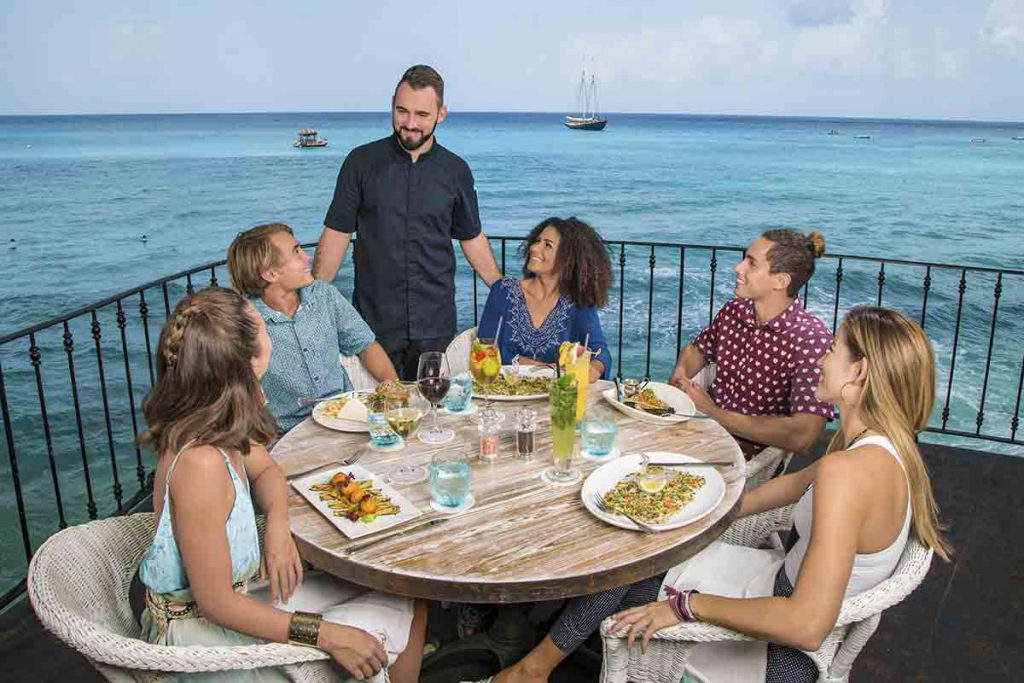 Lead up to the Festival

Even before this year’s Festival kicks off, the BTMI will host a series of Food and Rum pop-ups across various restaurants such as The Mill & Co., East Point Grill, Fisherman’s Pub, Braddie’s Bar and Golden Sands Hotel. These pop-ups will be held during September and will give Barbadians a chance to win prizes such as coveted tickets to Festival, as they prepare for the upcoming festivities.

The Festival unofficially kicks off with the Barbados Tourism Media Awards on October 17, an initiative of the BTMI to celebrate the best in Barbados tourism media. The 12 winners will win a receive to Barbados to accept their awards and will stay on to experience the Festival in its entirety.

On Thursday October 18, the Festival begins as usual with the free open air fish fry – Night Out in Oistins. Savour the taste of the South as the Festival curtain opens at the historic Oistins fishing village. Be there to witness local chefs preparing fresh, grilled treats under the stars, and relish one of the island’s most talked about experiences of cultural and culinary fusion.

On Friday night, the Festival heads north as the Limegrove Lifestyle Centre is transformed into a true spectacle for the Taste of the Exotic Signature Rum Event. Food and fun will be infused in this night of cocktails, canapés and sizzling Bajan entertainment. This was the most popular event last year with a completely sold out crowd, with visitors flying from the Caribbean, Los Angeles, New York and cities around the UK, to be a part of the fun.

Those who look forward to the sit down dining experiences will be thrilled to hear that the Gourmet Safari dinner series has been expanded. Previously incorporating just three restaurants, it has now been opened up to several local standalone and hotel restaurants across the island. Guests can look out for Barbados Food and Rum menus at their favourite restaurants, boasting dishes especially created just for that night. 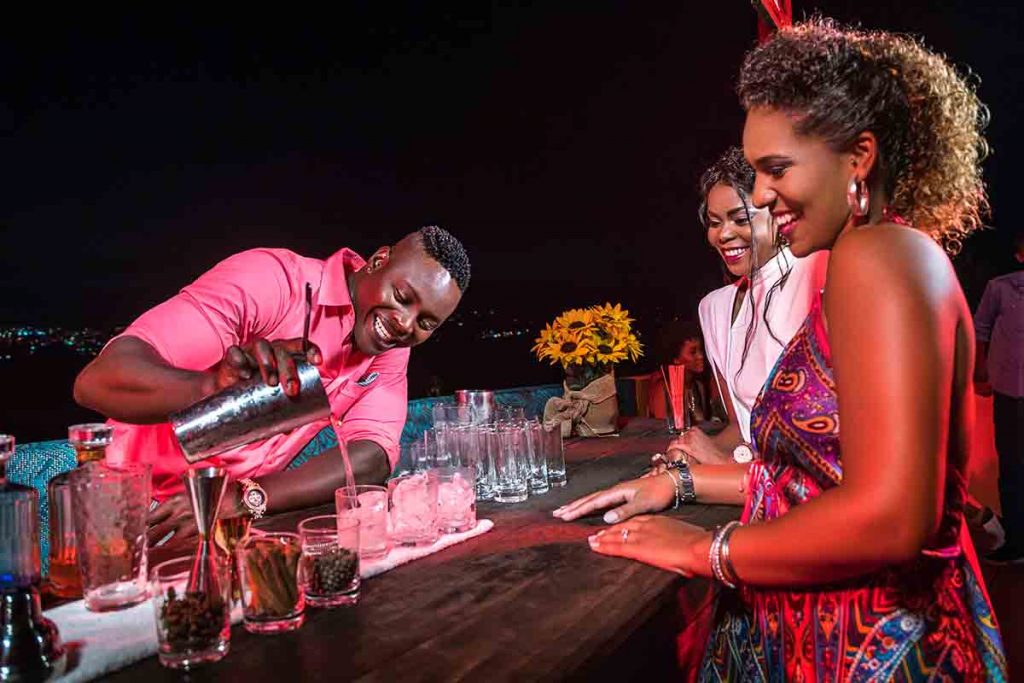 This year, the festival will climax again on the Sunday, but this time at the Holder’s Polo Field with the beloved Taste the Spirits of Polo event. Polo on Sundays is a tradition for many in Barbados, and the BTMI will marry that excitement with refreshing speciality cocktails and food stations.