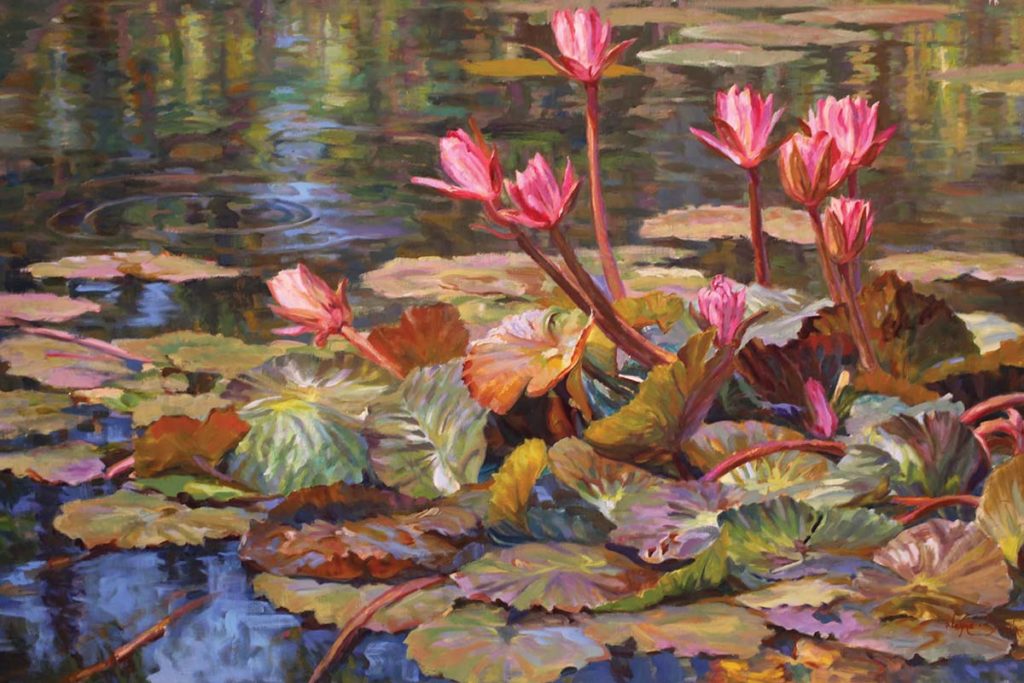 Art, like design is a personal and subjective form of expression.

“How would you describe your artistic style in one word?”, I ask.
It is a warm Sunday morning and I am sitting with artist Wayne Branch talking about his work, path and future. He pauses as he ponders my question, nods as he looks away and smiles.

“I find it somewhat difficult to identify with a particular genre, so other artists and some critics identify my style with that of neo-impressionism.

he then answers in a soft voice.

Wayne was born and raised in rural Barbados in St. Elizabeth Village nestled in the parish of St. Joseph, a district tailor-made for the creatively inclined. A fact succinctly supported by his early works which featured verdant, light-filled landscapes, oftentimes imbued with country life.

“From the beginning I was drawn to light,” he continues, “I would wake up early in the morning and walk to Bathsheba to watch the sunrise. To see how the light appeared and changed in tonality and intensity. But also to see how it made me feel.” The interpretation of light to evoke feelings and emotions is a recurring theme in his work which is done with oils.

Art is created from experiences, emotions and observations and this is evident throughout his work. As we chat, my eye keeps straying to a piece in the corner of the room, of a man walking through Welchman Hall Gully. There is something very familiar and nostalgic about this painting and his work in general. I feel like I had walked that path before; like I had contorted my body to slide under overhanging banana leaves. I feel like I had walked through the beams of light piercing through the canopy. This, is the power of his work.

Wayne considers himself lucky for recognising from an early age that art was his calling. “ I couldn’t think about anything else but painting,” he remarks.

Initially self-taught, he later studied at the internationally respected Pennsylvania Academy of the Fine Arts and Yale University Graduate School of Fine Arts. Some of his earliest influences were artists Fielding Babb, Keith Blackette and he recalls the art movement that met each Saturday in Queen’s Park. His is a career checkered with awards and prizes for his paintings, many of which are to be found in both private and public collections locally, regionally and internationally. A few notable inclusions where his work is gazed upon are the Barbados Museum, the Barbados Gallery of Art Collection and the Detroit Institute of Arts Museum. 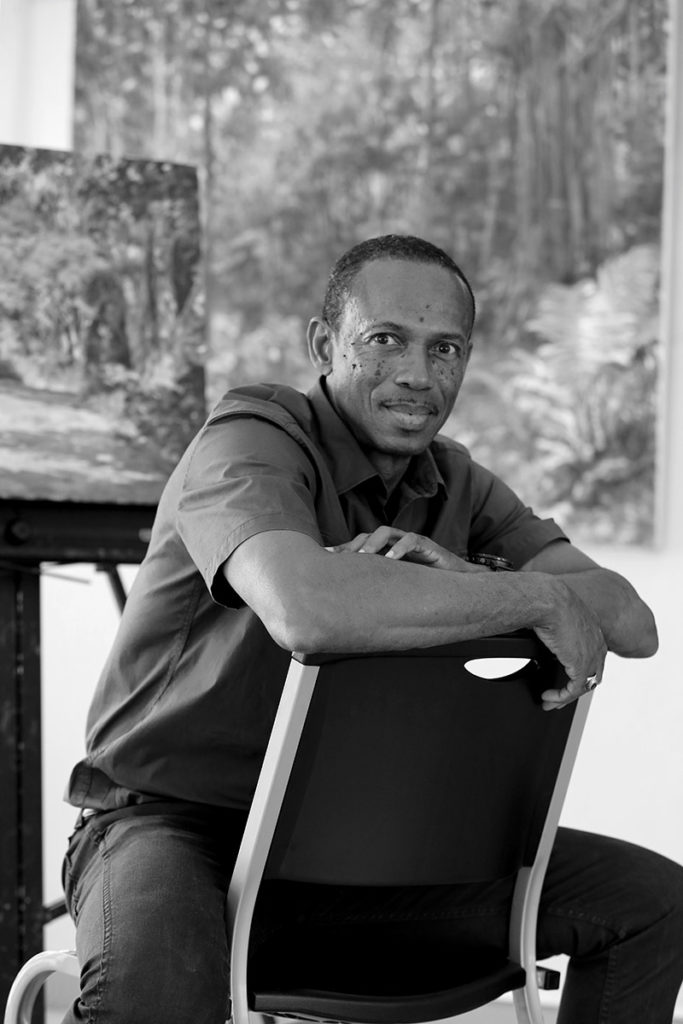 He has held many classes in painting, drawing and plein-air painting and is currently a tutor at Barbados Community College (BCC).

“What is your favourite thing about teaching?”, I ask. He again offers what I have come to realise is his trademark smile, as he shifts his position in the chair.

“For me it is being able to share knowledge. Helping others find a path in their development and watching their improvement. That is rewarding.”

With the work he is doing at the BCC I am curious about what he thinks is art’s role in our society and the state of the art scene on the island.

“We are a creative society by nature through our experiences, and the catalyst for development in society. But collectively the scene is not as vibrant and focused as it ought to be.” He feels there is insufficient interest in art as it isn’t promoted enough as a viable profession. Wayne believes there needs to be a greater marketing effort from institutions and the government to the true value of the arts and the artisans here.
“There needs to be a creative consciousness in society,” he states as an intensity in his voice appears to replace the softer, earlier tone. It is obvious this is something he is very passionate about. “We need a collective interest in art and this has to come through education.”

His current work features ‘Old Barbados’ looking at the unique characteristics that make us who we are. This collection looks at Barbados in the 18th and early 19th centuries to give some visual insight of Barbados of yesteryear.

Over the last seven years Wayne has been painting Amerindian culture which was inspired by a visit to Guyana. What began as a confluence or random selection of different peoples, later became more of a focus on the influence of modernisation on the Lokono (Arawak) people, whose ancestors were considered the first inhabitants of this land.

Finally in a response to our water scarce country of recent years, he has been inspired to seek out and document every natural water source that he can find. There is no denying the importance that water holds for our very survival, but it also has an alluring beauty that adds to the serenity surrounding the environment.

It is a privilege to be a part of his journey.

Sian Pampellone – An Artist And Her Dog